The Carnegie Music Centre takes place on Wednesday afternoon between 4.30 pm and 6.30 pm in the Carnegie Theatre and Arts Centre for 30 weeks of the year.
Students from the ages of 8 to 18 attend regularly and take part in a variety of music making experiences.

We are very proud that the Carnegie Music Centre is now also able to offer the opportunity for our students to work towards a Bronze, Silver or Gold Arts Award.

Students can come equipped with their own instruments (except Drums) or borrow some of the instruments we have here. The sessions here do not replace individual instrument lessons but may compliment them! We give our students a platform to experience music making, together with other young musicians, in a welcoming and encouraging atmosphere.

The Carnegie Music Centre showcases the talent of its students at two major concert performances during the year; we also have several opportunities for our students to interact with other instrumental groups and showcase their talents at local events.

The Music Centre costs £60 for the whole year. To ensure music education accessible for as many students as possible we are able to offer payment by instalment on a direct debit plan Just ask at the box office for details. We don’t ever want cost to be a barrier to children and teenagers enjoying and making music.

MEET THE MUSIC TUTORS AT THE CARNEGIE MUSIC CENTRE

Much of his musical career has been working with young people and community groups in West Cumbria, ranging from choirs and musical societies through to instrumental ensembles and orchestras.

Steve has been the Musical Director of the Carnegie Singers since 1991 and they perform regularly in the North West with professional soloists and orchestral musicians as well as appearing at community events in their home town of Workington.

Steve is also a multi-instrumentalist performing on the Oboe, Piano, Keyboard, Guitar and Bass Guitar involving himself in Jazz, Folk and the Classical repertoire.

Through his work with students of all ages, a cross-section of musical groups and instrumental ensembles his wealth of musical experience have led to Steve being in Demand as a musical director, performer and teacher.

Before setting up Hunter-Brown Music and working as a freelance musician and teacher, Steve has worked in Cumbrian Schools as a classroom and instrumental teacher and as the Head of an Arts Faculty. He worked latterly as a Head of Sixth Form at Workington Sixth Form Centre and Workington Academy while continuing to have an active teaching role in the music department. 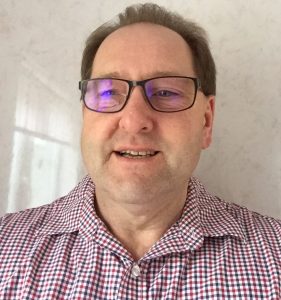 Bob works as a freelance music teacher and performer, teaching in primary and secondary schools throughout the county. He has been teaching clarinet, flute and saxophone both privately and in schools for over 20 years.

Bob set up a music department in a large school in Darlington and has worked in music centres in Darlington, Cockermouth and Workington.

Bob has been Musical Director of WADAMS and has performed on stage many times. He has is actively involved in a number of bands including Dance bands, Big bands, Ceilidh bands and Orchestras.

Claire is a local community music teacher.  Over the last twenty years she has worked throughout West Cumbria with people of all ages sharing her passion and commitment to music.

Claire works in several schools teaching a variety of instruments to children of all ages and levels.  She also provides private tuition in both singing and piano and supports students through examinations and festivals.

Young Harmony Choir, who are an established youth choir of children from the age of six to eighteen, they perform regularly throughout the year and in 2017 are visiting Selm in Germany to take part in a number of exciting events.

St. Johns Church Choir, who, as well as providing support to regular church services, perform at a number of venues singing a wide genre of music.

As well as teaching, Claire continues to be involved with a variety of orchestras and bands playing the Piano, Keyboard, Violin, Flute, Clarinet, Saxophone, Recorders and Steel Drums.  She also enjoys singing for charity at various venues in Cumbria.