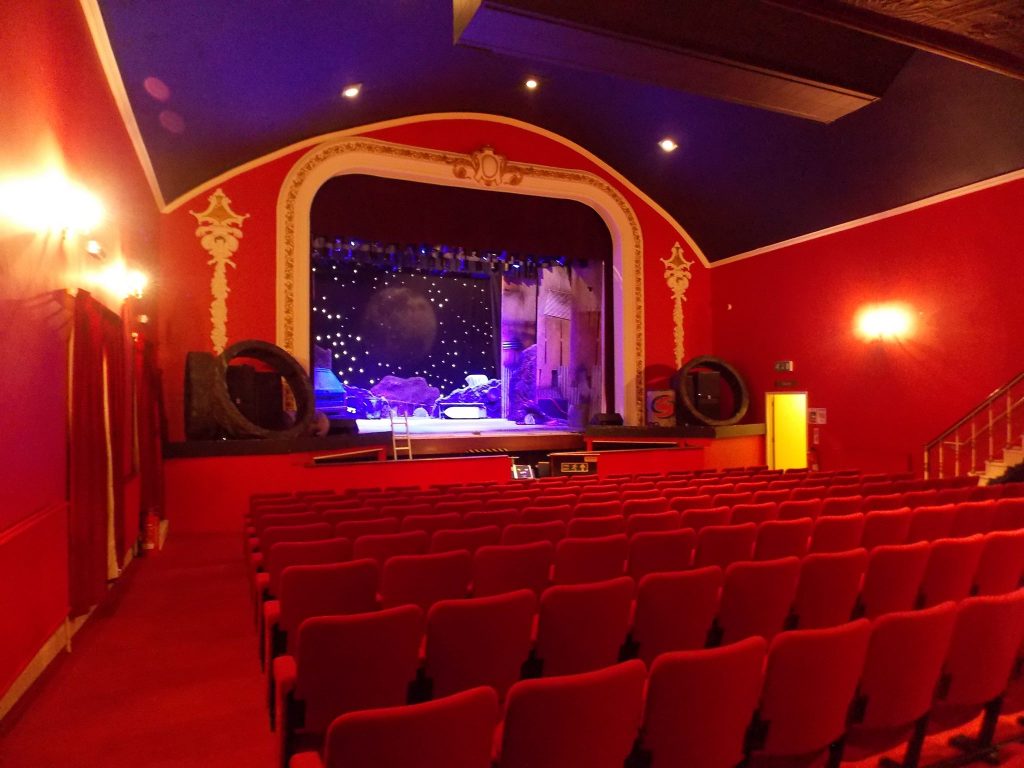 Both personally and on behalf of the Society and Group I represent –Workington Amateur Operatic Society (WAOS) as President and Carnegie Singers as current Chairman can I congratulate the Trust Board Members and the all the Carnegie Team on reaching your 5th Anniversary. Your achievements are greatly appreciated in preserving what has been ‘our home’ for Musical Theatre productions, concerts etc, and weekly rehearsal space since 1963 for WAOS and from 1973 for the Carnegie Singers.

Whilst usage of the Carnegie over those years was generated from our audience following, the theatre was little known locally but by the Trust initiating a varied programme of events for all tastes, coupled with extensive refurbishment in all areas of the Theatre and Arts Centre with Café facilities you should be justly proud to claim for West Cumbria and the Districts beyond as being the Number One Theatre and Arts Centre. Again my many congratulations.

The towns venue owned by Allerdale District Council often became a ‘thorn in the side’ for daily management of various administrations holding office, with several threats of closure over the years, but came to a head in 2011/12 when threats were becoming a reality, prompting community action, and with agreement from our management as then Chairman of WAOS along with our Secretary we took our fight to local MP Tony Cunningham who instigated an ‘open meeting’ for Carnegie supporters to challenge closure threats  and voice concerns, and I think my comments that night were reported on and form part of your ‘history’ boards.

Support at the open meeting gave us a ‘stay of execution’  which saw the birth of ‘The Carnegie Development Group’, on which I was pleased to serve as Vice Chairman, this group being the pre cursor to the Trust being formed and daily management relinquished by Allerdale.

Wishing the Carnegie Theatre Trust every success for the future in preserving for the community the multifunctional Carnegie Theatre and Arts Venue and ‘our home’ for continued Musical Theatre productions, Concerts and weekly rehearsal space.

The rest is history as they say. It is both rewarding and with much  appreciation that many desires and ideas discussed within the Group from the long ‘to do-wish list’ have come to fruition, with credit to Group members turned Trustees, your continued vision and sheer hard work and determination is much to celebrate on your 5th Anniversary.

Best regards to all and keep safe,